Chicago seeks to defend its Illinois Lottery Cup title after winning seven of the 12 games last year versus Rockford.

92 – The Wolves pace the American Hockey League in fewest shots allowed per game as they’ve surrendered just 92 shots in five games (18.4 avg). Chicago has outshot its opponent in all five games this season, which marks the franchise’s first such five-game streak since April 1-12, 2014.

10 – The number of first-time Wolves on this year’s current roster (six forwards and four defensemen). Four of those 10 (JEREMY WELSH, COLIN FRASER, ROB BORDSON and PETTERI LINDBOHM) already have scored goals for Chicago.

“Pistol” Pat Cannone has come out this season guns blazing, tallying two goals and two assists in just five games. In 2013-14, it took Cannone 14 games into the season to see four points.

Centering the line with Shane Harper and John McCarthy, the 28-year-old vet has seemed to be at the right place at the right time. Whether he’s finding guys like Harper crashing in the slot or simply using his stickwork to dangle around defenders, Cannone is playing a huge role in the Wolves’ hot start.

While Friday night’s loss didn’t see Cannone crack the scoresheet for the first time in two games, don’t be surprised to see “Pistol” getting shots off and contributing. In eight games last season versus Rockford, Cannone tallied two goals and six assists. 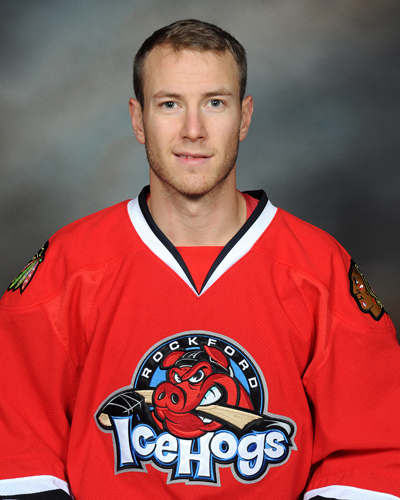 As the only multi-goal scoring player for the IceHogs, the Rockford captain has been on a two-game pointless streak after scoring in their second and third games. Regin leads the team with four points and scored the overtime game-winner in the Icehogs game versus Hamilton on Oct. 18.

The Denmark native is spending his first season with Rockford after playing parts of his last six seasons with the Ottawa Senators, New York Islanders and Chicago Blackhawks, and will be a fresh face in this bitter in-state rivalry.

In his only other AHL season – with the Binghamton Senators – Regin tallied 18 goals and 47 points. During this two-game pointless streak, the Icehogs have yet to find a victory, thus needing some help on the front lines from players like their captain.

Twitter
Let's tell some truth here: @bsterls, @BenJonesy99 and @PattyBrown36 are three handsome men. But don't these new… https://t.co/HZMUeExhmj
Retweet Reply
We'll allow it. But if we can get Luis Robert to trade in his cleats for skates, we might jump to No. 1. https://t.co/w7dAjk1ZBF
Retweet Reply
This was a great idea. We humbly suggest our city boasts a wealth of talent behind the mic — particularly when it c… https://t.co/OJqitNEfaO
Retweet Reply
RT @jeffreya22: The @suntimes_sports first Chicago sports broadcast media power rankings - https://t.co/UuNyBCkUAz https://t.co/Gbpjf80jzw
Retweet Reply
@pdowney88 No need to be sad! Perhaps they submitted their answers before you. The first two winners are based on… https://t.co/WNFy39VxrW
Retweet Reply