The Chicago Wolves look to make it two-straight against the Admirals as they travel to Milwaukee for a home-and-home in back-to-back nights.

8 – The Wolves have outshot their opponents in all eight games this season, which stands as the franchise’s best streak to open a season. The 1996-97, 1999-2000 and 2006-07 teams each opened with six consecutive games outshooting their foes.

14 – The Wolves has a ways to go to challenge the franchise record for outshooting opponents. The 1998-99 squad reeled off 14 consecutive games with more shots than their foe. The streak began on Jan. 2, 1999, and ran through Jan. 30.

20 – Number of days until the Wolves’ next home game, which is the first three-week absence due to the circus since Oct. 29-Nov. 19 in 2012. During November, the Wolves play four dates in Rosemont and three dates in Milwaukee. You won’t have to look far down the Chicago Wolves point leaderboard to find the line of Jeremy Welsh, Rob Bordson and Sebastian Wannstrom — as in not passed the top-three spots.

Welsh sits alone atop the Wolves with eight points in as many games after tallying two goals and an assist in last night’s game. The 26-year-old forward tallied only eight goals and 15 points in 49 games last season with Utica, and already has five goals and is over halfway to exceeding that point total. It also took Welsh 21 games last season to find the net for his first goal compared to wasting no time in burying the puck in his first game this season with the Wolves.

If Welsh continues the hot streak he’s currently on, he should blow by his personal professional point record of 26 points set two years ago in Charlotte. 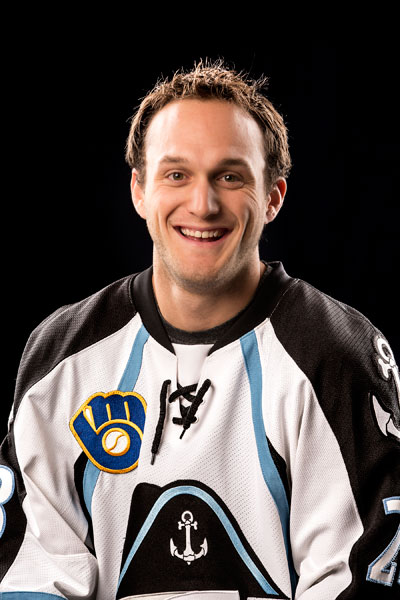 Of all the Milwaukee Admirals, Bitetto is the only player to have multiple points against the Wolves in their two matchups — game-winning goal in first and the lone assist in the second.

Game one saw seven different Admirals tally a point, and last night’s Amtrak Rivalry only saw two players record a point as Milwaukee was held to just a goal. Bitetto is second on the team in points (6) with one goal and five assists. But it’s his +7 plus/minus rating is what jumps off the stat sheet.

The Wolves had no problem running up the scoreboard against Bitetto and the Milwaukee defense last night, and starting off this eight-game road trip with a victory wouldn’t hurt.