The Chicago Wolves look to continue their best winning streak of the season in a rematch following a 3-0 shutout of the AHL’s league-leading Utica Comets on Wednesday night.

2 – Games in a row in which the Wolves have recorded multiple power-play goals, going 3-for-8 on Sunday in Iowa and 2-for-3 on Wednesday in Utica; the last time Chicago recorded multiple man-advantage markers in consecutive games was Dec. 27-28, 2010, notching two against Grand Rapids and three the next night in Hamilton.

2 – Regular-season wins needed by Chicago bench boss JOHN ANDERSON to move into a tie for fifth place on the list of the AHL’s all-time winningest coaches; the 13-season Wolves veteran (nine of those in the AHL) currently has 360 AHL wins to his name and has his sights set on Terry Reardon (362) after passing Robbie Ftorek (353) earlier this season.

The California kid is warmer than the current weather back in his hometown, as Harper is on a three-game point streak for the second time this season.

Through 13 games, Harper is almost halfway (5) to his total goals scored from last season (13), and he’s found the back of the net in two of the Wolves last three games. The chemistry he’s developed with fellow linemate Terry Broadhurst is no fluke, as Broadhurst has been tallied the primary assist on three of Harper’s last four goals. Harper was also the primary assist on Broadhurst’s goal on Wednesday.

If Harper and Broadhurst can continue piggy-backing on each other’s success with there sixth sense on the ice, there’s no telling what this line could become for head coach John Anderson and the Wolves. 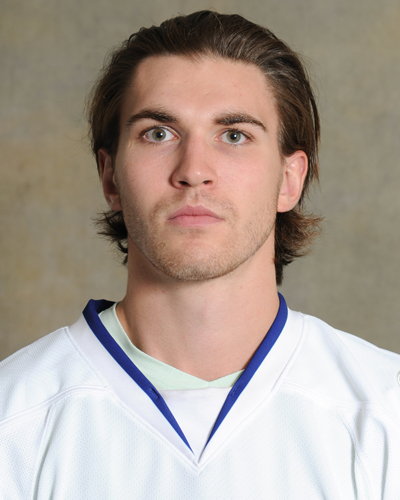 Despite multiple scoring opportunities on Wednesday’s game versus Chicago, nobody could capitalize and put the puck in the back of the net for Utica. It was just the second time the Comets were shutout this season.

Through 11 games, Grenier has not been kept off the point sheet for more than back-to-back games — he has not tallied a point in the past two games. Back in 2012-13, Grenier spent just four games with the Wolves and didn’t record a tally. Last season, he played in his first full season and potted 17 goals for 39 points.

The 23-year-old has seven points so far this season and looks to get back on track in game two against the Wolves. Grenier had several chances but was denied by the stellar play of Binnington on Wednesday night. Even if Binnington gets the start again tonight, he will have his hands full denying Grenier from making an impact on the game.

Twitter
Spruce up your hockey collection or get the perfect gift with our novelty pucks! Buy now: https://t.co/MzCG3JnGGT https://t.co/jhCVuXFpqT
Retweet Reply
It was a close one, but the votes are all tallied and your favorite #3 is... Paul Koch 👏👏👏 https://t.co/MqAFzsGuRc
Retweet Reply
We couldn’t be more excited for our new partnership with the @Canes! So, for this week's #FanFocusGroupFriday, we… https://t.co/qKLOrOgBxW
Retweet Reply
We have our winner of Brandon Pirri’s game-worn jersey... Terri Culleton! Thank you to all of our fans for your co… https://t.co/MEsigNbaCQ
Retweet Reply
RT @Wolves1994: .@Chicago_Wolves Happy Friday Wolves fans! Here is the final trivia question of the week. Which former #Wolves head coach…
Retweet Reply