0 – Times that the Wolves have lost consecutive games on the road in 2014-15; Chicago, 5-3-0-0 away from Allstate Arena this season, bounced back from their first two road defeats with wins in Grand Rapids.

After the Chicago Wolves four-game winning streak came to an end last night, Jordan Binnington — who is currently on a four-game streak of his own — will likely get the start between the pipes in hopes of getting coach John Anderson’s team back on track to finish the road trip.

Through his last four appearances, his performance on Wednesday night against Utica — the American Hockey League’s leader in points — was by far his best of the season as he saved all 30 shots he faced for his first shutout of his AHL career. Each game shows Binnington is getting more and more comfortable in the crease. During this streak of wins, he’s seen more shots each game while increasing his save percentage as well.

If seeing more and more ice time is what it takes for Binnington to continue this success, it may be only a matter of time before he officially becomes the No. 1 goaltender for the Wolves. 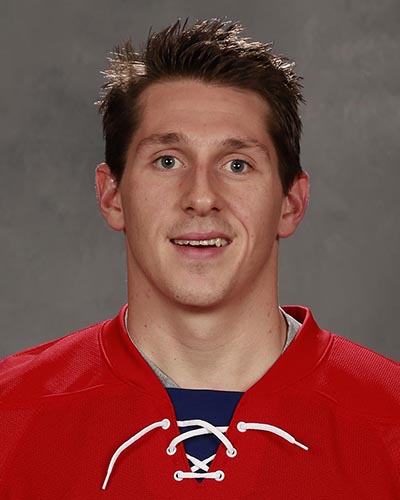 After losing five-straight games and averaging 1.6 goals per game during that span, the Rochester Americans exploded last night for six goals in a 6-1 victory over the Toronto Marlies, and Luke Adam had a big hand in that.

In the past two games, Adam has tallied two goals per game while tallying three total points in last night’s big win. In the past three games, the sixth-year AHL veteran has recorded a whopping seven points.

Through 14 games this season, the Wolves have yet to lose back-to-back road games. If they want to continue that streak, shutting down Adam is definitely a key to tonight’s game.

Twitter
@jewelosco It was a tough battle, but Brandon Pirri wins the vote to become known as Your Favorite Number 27. Than… https://t.co/ZN9RtOrhPU
Retweet Reply
This might become our new marketing slogan. #WeAreTheWolves #GirlItsHockey https://t.co/8ZRkXoytF2
Retweet Reply
RT @Shhlomes: This just came in and I couldn’t be more excited. Thank you @Chicago_Wolves for the amazing service and quick shipping! https…
Retweet Reply
You come at the king, you best not miss. https://t.co/Y4Xfz4HFeL
Retweet Reply
Hey, look! The sun came out this morning! Not that we enjoy losing, but a well-timed loss can be a catalyst for gr… https://t.co/zy6BS6kqyG
Retweet Reply