Tonight’s Chicago Wolves game at Adirondack is not being televised. To watch or listen tonight, please go to AHLLive.com. The Wolves return to The U-Too for Friday’s game at Milwaukee as well as Saturday’s 7 p.m. home game against Iowa and Sunday’s 4 p.m. home game versus Rockford. Follow live play-by-play on Twitter at @ChiWolvesLive.

Chicago brings a 6-3-0-0 road record into Adirondack for the teams’ inaugural meeting tonight, when they will face off against a Flames team with five wins in their last five games, the longest current winning streak in the league. 22 – The Wolves’ goal differential (56-34), which leads the league this season and ranks ahead of second-place Bridgeport by two goals; the closest Western Conference team is Utica at 16 (42-26).

3.73 – The Wolves’ average goals per game, ranking second in the league behind Bridgeport (4.00); Chicago has not scored fewer than three goals in a game since a 4-1 loss in Milwaukee on Nov. 2. As if finding the back of the net in three-straight games wasn’t enough, Ty Rattie went on to record his first professional hat trick on Saturday night against Rochester. It was his third, fourth and fifth goals in the last three games, and has been a key piece to the Wolves current success on the road.

The chemistry between Rattie and linemate Pat Cannone is evident on the ice and on the stat sheet. “Pistol” Pat has been on the ice for each of Rattie’s five goals in the last three games and has assisted on four. The two are both on three-game point streaks and will look for feed off one another to finish the road trip.

If Rattie can stay on his current goal-scoring pace, he will well exceed the 40-goal mark. 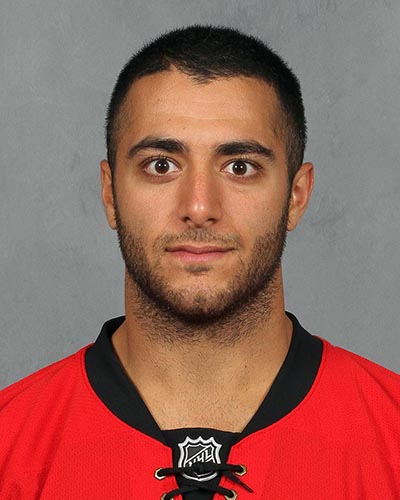 Cundari started the 2013-14 season with Adirondack’s former team — Abbotsford — before getting traded to the Wolves for center Corey Locke. In the 24 games in Chicago, Cundari tallied five goals and eight assists. He also helped the Wolves in the playoffs with a goal and an assist.

His past four seasons have been split evenly between the St. Louis Blues previous affiliate — the Peoria Rivermen — and Calgary’s minor league system. In his 238 AHL games between the two, he’s tallied 29 goals and 69 assists.

While Cundari has only tallied two assists in seven appearances this season, they have both come in his last two games on the ice.