After eight straight road tilts, the Wolves play the final stop of their franchise-record-tying nine-game circus trip at the Bradley Center tonight; they are 5-3-0-0 thus far and looking to end the trek with a W.

2 – Games this season in which the Wolves have not scored a goal in the second period, including Tuesday night; the pair of games that Chicago has been held off the board in the middle period in are tied for the team’s largest margin of defeat this year (3). Through the first eight games of the season, Welsh led the team with an average of a point per game. His linemate Rob Bordson was nipping at his heels with seven points, creating arguably the hottest if not best line for the Wolves at that time.

In the eight games since, Welsh has tallied just three assists and his line with Bordson and Sebastian Wannstrom has combined for half of their 22 points to start the season. Whether or not the past eight games being away from home had any effect on them is unknown, but the three of them together average 3.25 points per game at home and just 1.8 points per game on the road this season.

While several other Wolves have stepped up since in the scoring business, the “BWW” line has two big home games this weekend to rekindle the flame. 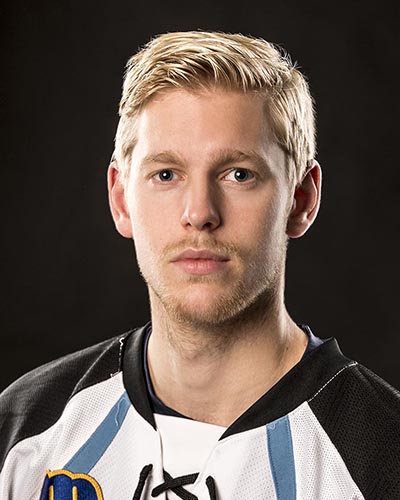 Magnus Hellberg is one of — if not the — hottest goaltender in the league, winning all five of his appearances with a 0.78 goals against average, .969 save percentage and one shutout.

In the last meeting between the Admirals and Wolves, Hellberg saved 25 of 26 shots with the only goal coming on a Wolves power play with just over a minute left in the game. Chicago was successful creating traffic in front and ended up cleaning up a rebound for that lone goal.

Up until the recent shutout, the Wolves were successful in netting goals on this long road trip, averaging just under four goals per game. They’ll need to find that success to end Hellberg’s winning streak and finish the road trip with a 6-3 record.