After playing nine games away from Allstate Arena over a 20-day stretch — tying the franchise record for the longest road trip — the Wolves are excited to play on their home ice for the first time since defeating Milwaukee 5-1 on Nov. 1.

+18 – The Wolves have outscored their opponents 58-40 this season, which shares the AHL lead for best goal differential with the Manchester Monarchs. Chicago’s 58 goals rank third in the league behind Bridgeport (62) and Rochester (59).

21.6 – The Wolves scored on one of their four power-play opportunities Friday night at Milwaukee to improve their conversion rate to 21.6 percent (16 of 74), which ranks fourth in the AHL and the best in the Midwest Division. The stat sheet doesn’t have the name Jaskin on it much lately, and he’s not even in the top-10 scorers for the Wolves. But the 21-year-old forward is lighting it up on the ice.

Jaskin didn’t come screaming out of the gate to start the season as many may have expected. It took him four games before he exploded on the line with fellow wing Ty Rattie, tallying a goal and two assists. After that, he was recalled from loan by St. Louis for nearly a month. Now that he’s back, he’s slowly picking up that same tenacity that he left with.

Jaskin has developed multiple opportunities in recent games, and just like when you have a word on the tip of your tongue, Jaskin is on the cusp of finding the back of the net very soon. 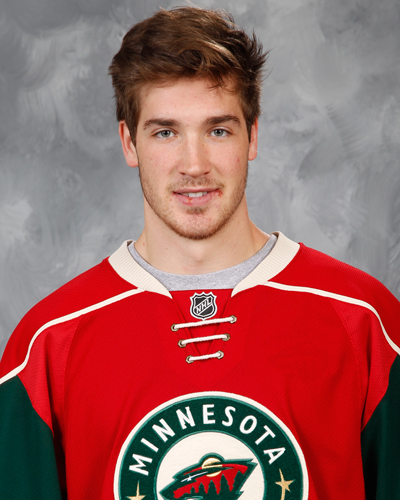 Not much has gone well for the iowa Wild this season, winning just two of their last nine games. However, Graovac has been the light in the dark for the Wild.

In 16 games this season, the 21-year-old has five goals and seven assists while on a four-game goal streak with five total points in those games. His special team skills are a big contributor to that with his last three goals coming on the power play.

While Iowa is averaging just over 2.5 goals per game this season, they’ve talllied 3.5 over their last four games. If the Wolves can do as they did in the first two matchups this season — holding the Wild to one goal each game — they should get a much needed win to end this two-game skid.