The Chicago Wolves return home for the first time in December as they face the streaking Adirondack Flames, winners of four consecutive games. 6 – Skaters who recorded multi-point outings for the Wolves in the team’s 6-2 win in San Antonio on Dec. 9, tied for the most in a game this season; the first occurence was in Chicago’s 7-4 win over Rochester on Nov. 15.

+9 – Power-play goal differential between the 2013-14 Wolves and 2014-15 Wolves at the 26-game marker; Chicago’s power play is currently on pace for a 55.8 percent increase in production over last season, when their man-advantage ranked last in the AHL.

.778 – The Wolves’ winning percentage at home this season (6-1-2-0); Chicago has played a league-low nine games in its own barn going into this morning’s matchup. After going three games without tallying a point — his longest streak this season — Ty Rattie lit up the scoreboard for a goal and two assists just over a week ago in San Antonio during the Wolves offensive explosion for six goals.

Rattie extended his goal lead in the American Hockey League and gave himself a cushion during his week-long break, as he still remains atop the leaderboard with 14. He also did something that he hasn’t done much of this season by assisting on goals, doubling his total in just one game. The last goal Rattie assisted on was back on Oct. 17 against Lake Erie.

Of the 31 goals the then-rookie recorded last season, three of them came on the two School-Day games for a total of five points between them. You know what they say: one is a point and two is a trend. Will there be a pattern?… 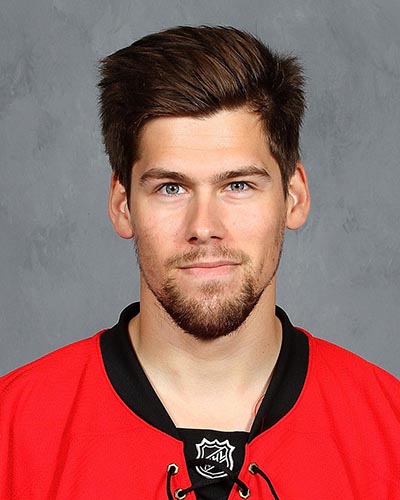 Ortio is one of the hottest goaltenders in the American Hockey League as of late, winning 10 of his last 12 starts with a 1.84 goals against average, .937 save percentage, and two shutouts.

One of those two goose eggs came against the Wolves on Nov. 18 at Adirondack, where he saved all 28 shots in the first shutout of Chicago this season. That led to the Wolves dropping three of their next four games.

While the Wolves were struggling to put the puck in the net to end the month of November and into December, the line shifting by head coach John Anderson sparked something in their most recent game. Hopefully their week off will provide fresh legs and allow the Wolves to get back to their high-scoring ways of the past.