After dropping Wednesday morning’s game 4-1 to Adirondack, the Chicago Wolves will look to rebound this weekend as they play a home-and-home against Iowa on Saturday and Sunday before hosting Grand Rapids on Monday.

3 – Power-play goals allowed by the Wolves in the team’s 4-1 loss to Adirondack on Wednesday. It is just the second time this season that Chicago has allowed multiple man-advantage markers in a game, with the other instance coming in the team’s last game against Iowa on Nov. 22 when the penalty kill went 2-for-4.

0 – Games the Wolves have lost when leading after either the first period (6-0-0-0) or the second period (12-0-0-0). Only Chicago, Utica, and Worcester hold perfect records when leading in either intermission this season. At a time when the Wolves are dressing every defenseman capable of playing, their former top-scoring defenseman has been returned on loan from the NHL.

Before his recall up to the big leagues at the beginning of December, Lindbohm was leading all Wolves defenseman in goals scored with four. He was just behind Brent Regner in scoring with eight points.

In eight games with the St. Louis Blues, Lindbohm tallied an assist and six penalty minutes — his assist coming in Thursday night’s 6-5 loss to the Los Angeles Kings. Lindbohm brings another scoring threat to the Wolves blue line, especially on the power play. 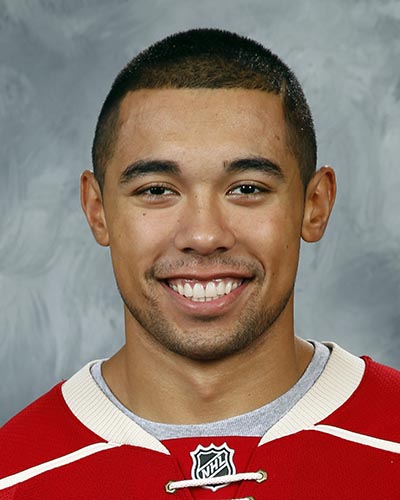 After losing six of their last seven games to end November, the Iowa Wild have split their recent six. Scoring this season has been a challenge, as they have the second-worst goal differential (-22) in the Western Conference.

Since his call up in late November, Dumba has been a bright light for the Wild’s offense, tallying three goals and four assists in his first AHL ice time since the 2013 Calder Cup playoffs with the Houston Aeros. His point per game average is best on the team.

Coming off the big win over the Midwest Division leader Rockford IceHogs — in which Dumba tallied a goal and an assist — the Wild are riding high. Especially after their goalies had to split time to come up with 58 saves on 59 shots in that game.