While the rest of the AHL’s 30 teams are off until after Christmas Day, the Wolves and the Griffins get to battle for the chance to enjoy one last victory together before scattering for the holidays.

19.2 – The Wolves rank sixth among AHL teams on the power play with a 19.2 percent success rate. However, Chicago has converted just 2 for 18 power plays (11.1 percent) in its last five home games — with both tallies coming Nov. 29 vs. Rockford.

.808 – The Wolves’ points percentage when scoring first (10-2-1-0), which includes ROB BORDSON’s opening goal Sunday at Iowa. That percentage ranks seventh in the league when potting the first tally, but the team has done so in fewer than half of its games (13 of 29). At a time when the Wolves desperately needed someone to step up and help the recent lack-luster offense, John McCarthy erupted for two goals and an assist on Sunday afternoon in Iowa.

The three point game was McCarthy’s first since March 9, 2012 when he was playing for Worcester. It was also his first two-goal game since Feb. 6, 2013. He would finish Sunday’s game with a +4 plus-minus rating and a 50% shooting efficiency.

If Sunday’s performance by McCarthy does anything, it’s that a spark is created from the Wolves’ offensie explosion. 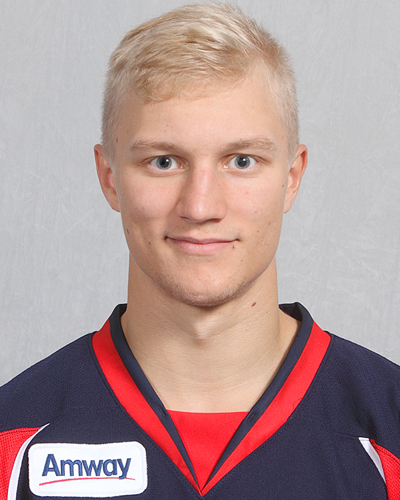 With Grand Rapids and Teemu Pulkkinen coming to town, two of the American Hockey League’s leading goal scorers will take the ice against each other.

Pulkkinen and Wolves right wing Ty Rattie are both tied for second in the league for goals scored with 14. In his last two games, the 22-year-old has recorded three goals to bring his season total to 29 points — which sits fourth in the league.

In their first of two matchups this season, Pulkkinen tallied two assists in a 6-5 overtime loss. Game two was much different as Binnington shut down the Grand Rapids offense and Pulkinnen finished with zero points and a -2 plus-minus rating.