After struggling through a 13-game stretch from Nov. 18 to Dec. 20 where they scored just 24 goals, the Chicago Wolves are riding back-to-back 5-goal outbursts heading into tonight’s game at Milwaukee.

19.5 – The Wolves rank sixth among AHL teams on the power play with a 19.5 percent success rate. Chicago has converted 6 of 26 power-play chances (23.1 percent) during its five road games in December.

82.9 – The Wolves rank 15th among AHL teams on the penalty kill with an 82.9 percent success rate, but they’ve killed off their last 23 on the road. Chicago hasn’t surrendered a power-play goal away from home since Viktor Arvidsson scored for Milwaukee on Nov. 21.

In the five matchups between Milwaukee and Chicago this season, Binnington has only started one game and is also the only win the Wolves have against the Admirals.

The Fresh Prince of Rosemont posted 18 saves on 19 shots in a 5-1 victory on Nov. 1 at Allstate Arena. Of the five games, that win was the only time the Wolves held the Admirals under three goals.

Binnington is currently on a two-game winning streak averaging two goals against in those starts. If the Wolves offense can continue to roll at the rate they’re on, Binnington should have it easy between the pipes without the pressure of posting shutouts. 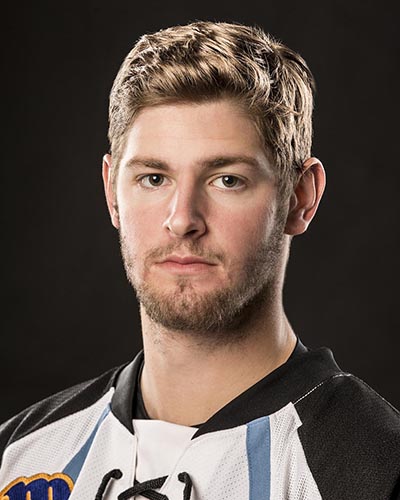 Several different Admirals have made an impact against the Wolves, but Watson has been one with success putting the puck in the net as of late.

The 22-year-old center is averaging a goal scored per game over the last two battles with Chicago for a total of three in the series. He also leads Milwaukee in goals scored with 12 — tied for fourth in the league — including a goal in each of their last four games.

Shutting down one particular player isn’t the name of the game against Milwaukee, as they have several capable of being the “go-to” player. With 16 Admirals having tallied at least a point against Chicago this season, limiting their chances is in the best interest of the Wolves.