After suffering their third shutout of the season and second at the hand of Midwest Division rival Rockford on Jan. 3, the Chicago Wolves look to rebound against another division foe in Grand Rapids.

4 – Consecutive games in which the Wolves have allowed 30-plus shots to their opponents, surrendering 137 in that span. It is the longest consecutive stretch for the team since a seven-game stint from April 6-19, 2013. Several Chicago Wolves forwards have had success when playing on the road this season, but McRae has taken the biggest initiative with eight goals and eight assists in 19 road games.

While 16 of his 20 points have come away from Allstate Arena, even more impressive heading into the matchup at Grand Rapids is his four goals and two assists in the first three appearances this season against the Griffins. Despite being held off the scoresheet in game four on Dec. 30, McRae is still averaging 1.5 points per game against Grand Rapids.

The centerman tallied three goals and an assist in the first two games at Van Andel Arena earlier this season, and another two point game from McRae could definitely help lead to a Wolves victory. 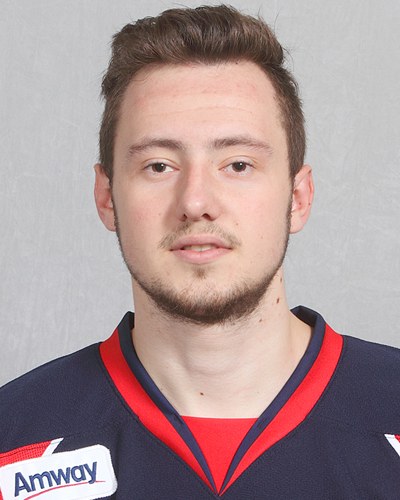 With the absence of Grand Rapids’ points leader and AHL leading goal scorer Teemu Pulkkinen, the Griffins need someone to make up for the loss of production. Youngster Marek Tvrdon just might be that answer.

Since being called up from ECHL affiliate Toledo Walleye — where he was averaging a point per game with six goals and 18 assists in 24 games — Tvrdon has recorded a goal and six assists in eight games. While he may be just off that point-per-game pace in his AHL stint, he’s making the transition just fine after only seeing one career AHL game prior to this season.

Depending on the length of Pulkkinen’s absence up in Detroit, Tvrdon may be the next in line to see a spike in playing time and create a quick impact in his team’s playoff hunt.