Last season, the Wolves opened the second half with a 4-3 shootout victory over Rockford on the third Saturday in January before 16,005 fans on Girl Scout Night. That served as the springboard for a 25-7-3-3 run that earned Chicago’s second Midwest Division title in three years.

34 – Consecutive regular-season games that the Wolves have won when leading after two periods. Their record was improved to 17-0-0-0 in that situation this season in Tuesday’s victory at Iowa to go along with a 9-0-0-0 mark when leading after one period. Utica is the only other AHL team to post perfect records in both categories in 2014-15.

.853 – The Wolves’ points percentage when scoring first, accruing a 14-2-1-0 record when potting the first goal. It is the fourth-highest percentage in the league, however Chicago has opened scoring in fewer than half of its games and only six times (in 16 games) since Nov. 29.

9 – The Wolves were whistled for 13 penalties on Friday night that led to 9 power plays for Lake Erie. That’s the most the team has allowed since giving up 10 power-play opportunities in a 6-5 shootout victory over San Antonio on Oct. 27, 2012.

On Friday night, Harper recorded his 14th goal of the season, which breaks his career single-season record for goals scored.

During a time when scoring has been a rarety for the Wolves, Harper has hit his stride over the last month. He’s tallied seven goals since December along with two assists. The chemistry between him and Cannone as of late has been evident, and the recent addition of Magnus Paajarvi has created quite a trio for John Anderson’s starting line.

Harper potted two goals and an assist in the Wolves’ three matchups with Rockford, and tonight would be a crucial opportunity for him to make it three-straight games with a goal. 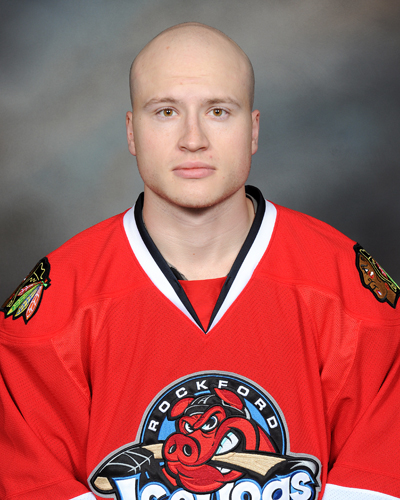 The last matchup between Rockford and the Wolves didn’t go so well at Allstate Arena, as the IceHogs won in a shutout 3-0.

McNeill has only played in three of the two teams’ six rivalry games, but he’s tallied two goals and three assists in those matchups. While he hasn’t cracked the scoresheet since the last time the center took the ice at Allstate Arena four games ago, McNeill still sits third among active players for the IceHogs in points with 11 goals and 11 assists in 27 appearances.

Finding a way to keep as many IceHogs off the scoresheet is the name of the game for the Wolves tonight, and that is no easy task along with their two hot-handed goalies in net.