1 – Game — this morning’s tilt — left in the first half of the Wolves’ 2014-15 home schedule. Chicago’s first half at Allstate Arena was spread out over 115 days while their second half will be played in just 68, with seven home tilts in February and March and six in April.

6 – Home games with an attendance of 10,000-plus for the Wolves this season, with a seventh slated to come in this morning’s matinee. Three of these contests came in January, when Chicago welcomed 52,935 fans to games, including a season-most 16,280 on Saturday (highest since Feb. 25, 2006).

.850 – Chicago’s points percentage when scoring first, going 16-2-1-1 when it pots the opening tally. The Wolves’ percentage ranks second in the league behind Utica (.909). The return has cometh.

After a lingering injury before the season even started, defenseman Joel Edmundson has returned to the lineup for the Chicago Wolves. In 64 games last season wearing the burgundy and gold, he tallied four goals and four assits with a +14 plus/minus rating and 108 penalty minutes.

Edmundson may not be a scoring machine from the blue line, but he’s another smart player that John Anderson can mix back into his lineup. 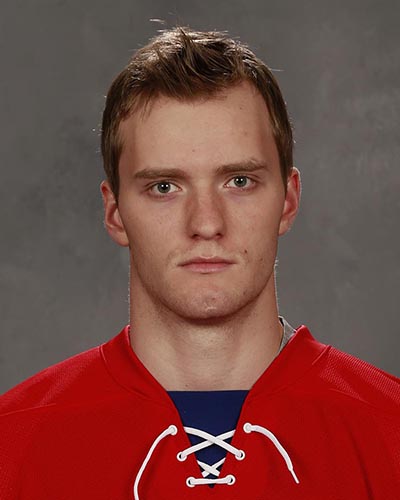 After a slow two months to start the season, Grigorenko has taken off since December 26.

The 20-year-old Russian has tallied three goals and eight assists in his last eight games. In the first five games of 2015, he recorded three goals and five assists, during which he captured his first AHL multi-goal game on Jan. 17 vs. San Antonio.

The Wolves didn’t get much of a taste for Grigorenko back in November, as he was kept off the scoresheet and didn’t seem like he was comfortable just yet in the AHL game. He only played in nine AHL games prior to this season, but is catching his stride as of late.

Twitter
#TBT to when @nichague14 made Top 10 on SportsCenter for his goal against our new friends in the 2019 Calder Cup Fi… https://t.co/rImpdl4CFY
Retweet Reply
NEW GOLDEN TICKET RAFFLE STARTS NOW! Here's your chance to win Brandon Pirri's game-worn jersey! Each ticket is $2… https://t.co/pfinnGseJK
Retweet Reply
RT @Wolves1994: .@Chicago_Wolves Happy Thursday Wolves fans! Let's look at former NHL players that have come to the Allstate to coach the W…
Retweet Reply
Add to your art collection and support Chicago Wolves Charities! On Sept. 25 & 26, Gallery Five in Highland Park i… https://t.co/TX6ugvRgxS
Retweet Reply
We've had some superstars who wore #3 over the years. Who's your favorite? Tell us in the replies below so we can… https://t.co/sc44hGpXyo
Retweet Reply