Tonight’s Chicago Wolves game at Charlotte is not being televised. To watch or listen tonight, please go to AHLLive.com. The Wolves return to The U-Too on Feb. 11 against Milwaukee. Follow live play-by-play on Twitter at @ChiWolvesLive. 3 – Consecutive home games in which the Wolves have welcomed 15,000-plus fans, the second time in franchise history to achieve that feat. The other instance came from March 11-19, 1995, during the team’s inaugural season.

+13 – Chicago’s goal differential in the third period. While last season and up until recently this season the Wolves have posted their strongest play in the second period (+11), the numbers have shifted to support the final frame.

There’s being on fire, and then there’s Shane Harper right now.

The California kid is on a seven-game point streak, which is good for second-longest in the league currently. Entangled amongst that streak, he also is riding a six-game road point streak, which is tied atop the league with three other players. During this seven-game run, he’s tallied four goals and five assists. Harper’s 11 points in January — seven goals and four assists — totaled his best scoring month of his AHL career since recording eight back in November.

Many wondered where the scoring would come from once Ty Rattie got the call to the big show, but Harper continues to silence those questions with his play as of late. 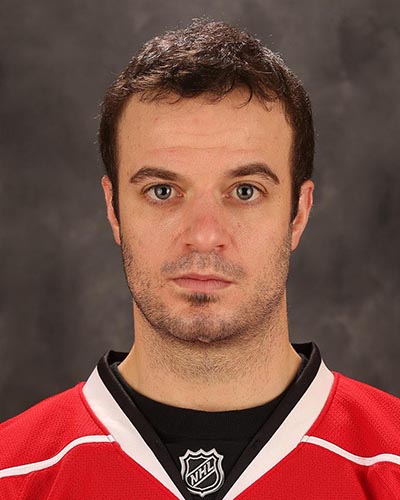 The Checkers offense has been stimied for most of the season, currently tied for the fewest goals scored in the AHL along with the Toronto Marlies (97). They’re the only two teams with fewer than 100 goals scored.

That hasn’t stopped LaRose from finding the back of the net, as he sits in second for goals scored and leads Charlotte in points as the only palyer to have double-digit numbers in both goals and assists. In six of his last seven games, he’s recorded at least a goal or an assist, alternating in each game consistently. Texas most recently held him along with every other Checker off the scoresheet in a shutout.

Both of these teams are different from what they were when they met during the first two games of the season. This series will tell who has changed for the better and who has not.

Twitter
It was a close one, but the votes are all tallied and your favorite #3 is... Paul Koch 👏👏👏 https://t.co/MqAFzsGuRc
Retweet Reply
We couldn’t be more excited for our new partnership with the @Canes! So, for this week's #FanFocusGroupFriday, we… https://t.co/qKLOrOgBxW
Retweet Reply
We have our winner of Brandon Pirri’s game-worn jersey... Terri Culleton! Thank you to all of our fans for your co… https://t.co/MEsigNbaCQ
Retweet Reply
RT @Wolves1994: .@Chicago_Wolves Happy Friday Wolves fans! Here is the final trivia question of the week. Which former #Wolves head coach…
Retweet Reply
This afternoon Skates dropped off the @IllinoisLottery Cup to our winners... the Nastickys! Stay tuned to see what… https://t.co/cM2IqwmzXL
Retweet Reply