Tale of the Tape: March 1

The Wolves opened their season-long, seven-game homestand with a 3-2 overtime victory over Milwaukee on Feb. 11 and they close it 18 days later with another visit from the Admirals.

1K – When Wolves color analyst BILL GARDNER steps to the mic this afternoon, it will be his 1,000th regular-season broadcast since he joined Chicago’s TV team prior to the 2002-03 season. GARDNER also has handled eight seasons on the air in the NHL, which doesn’t include four years as a studio analyst for SportsChannel Chicago.

0 – Power-play goals for the Wolves — the league’s fourth-best PP team at 19.8 percent — in their last five games (0-for-15). This includes the Feb. 13 contest against Oklahoma City when the Wolves failed to draw a penalty for the only time in their 21-season history. Of all the forwards for the Wolves, Welsh has had the most success against the rivals to the north.

In seven match-ups, the center is averaging a point per game with five goals and two assists. Two of the seven games featured multi-point performances from Welsh. His 27 points this season are a professional career high and he has only had one month where he tallied less than five points.

In the three wins against Milwaukee, the Wolves are averaging over four goals scored per game. In their four losses, two have come in overtime and the others were by three per game. 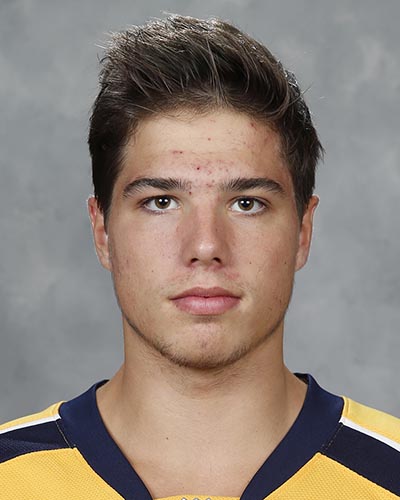 The new Admirals forward from Swedish Hockey League is getting comfortable in his new league.

After his first appearance on Jan. 21, he tallied just one assist in his first five games. Then, he caught fire and has recorded six goals and five assists in his 10 games since. Two of his last five have been multi-point performances and Milwaukee’s game against Grand Rapids on Friday night ended his four-game point streak.

After losing one of their top scorers in center Brendan Leipsic, Fiala has filled in nicely as of late to keep the Admirals in the hunt for the Midwest Division.

Twitter
@FrankCaputo4 @MattyMo_21 We have a virtual liquor license, so we'll sell your cutouts virtual beers for a fraction of their normal price.
Retweet Reply
RT @ChicagoCAPS07: **HAPPENING NOW** Drive-Up/Walk-Up Pet Food Pantry for cats & Dogs! Come on out and join @ChicagoCAPS07 and Rescue Pac…
Retweet Reply
@IronCaniac @Canes Go for it!
Retweet Reply
Want to be in the building for every home game this season? Join the Chicago Wolves Fan Gallery with your personali… https://t.co/k3AHvkyiq1
Retweet Reply
We've added another big piece to our roster! Dominik Bokk, who just scored six goals in seven games for Germany du… https://t.co/St8vVZAkId
Retweet Reply