Tale of the Tape: March 8

With 20 games to play, the Wolves are part of a five-team clump battling for the final two playoff spots in the Western Conference.

44 – Shots launched on Monsters goaltender Sami Aittokallio in Friday’s loss, tying the season-high for Chicago (Jan. 17 versus Rockford). The Wolves tied both that mark and the season high for shots in a period with 18 in the final frame (3rd period versus Charlotte on Oct. 12 and 3rd period versus Rockford on Jan. 3). All four of those tilts have come in losses, with three coming in overtime or the shootout.

Today’s game begins at 2 p.m. and can be streamed on www.ahllive.com. Veilleux is one of two Wolves’ players on a goal-scoring streak — his second of the season.

While his first five months saw him find the back of the net just five times, he’s started March on a heater and couldn’t be at a better time. His goal on Friday evening helped force overtime and earned the Wolves a much-needed point as they chase a spot in the playoffs. Any contrubition from players who haven’t done so to this point is what could turn the Wolves from the outside looking in to playoff hockey come May.

Hopefull Veilleux can continue this hot streak through today’s game and into a crucial three-game homestand back at Allstate starting Wednesday night. 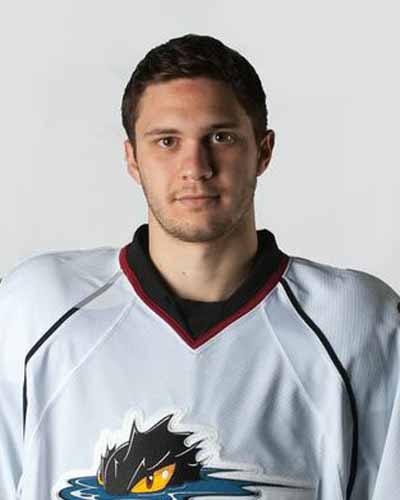 Agozzino had a three-point night that could have easily been four or five, as just about all six of his shots found twine on Friday night.

He currently leads the Monsters with 16 goals and 18 assists, and has arguably been one of the most consistent players in terms of production this season, averaging just over six points a month. While one of his six shots found the back of the net, he had at least three other quality chances turned aside by Jordan Binnington.

Keeping Agozzino and the Monsters from having any multi-point performers today will be key to leave Lake Erie with three of four points.