The Utica Comets shoot into Rosemont for the first time this season and just the second time since joining the league in 2013-14 for tilts on Wednesday and Saturday. The roster features six former Wolves: Alex Friesen, Nicklas Jensen, Darren Archibald, Alexandre Grenier, John Negrin, and Peter Andersson.

.683 – The team’s winning percentage (33-14-1-4) all-time when wearing commemorative St. Patrick’s Day jerseys, a tradition that started on March 16, 1997. The team debuts the 2015 edition of the sweaters tonight and will don them again on March 14 against Utica and March 15 against Rockford. The jerseys will then be available via auctions and raffle, with proceeds benefiting Easter Seals Metropolitan Chicago and Chicago Wolves Charities.

After lighting up the scoresheet for the last two months, leading goal-scorer Shane Harper has hit a two-game skid along with the Wolves.

A dry spell here and there has happened for Harper a few times this season, but the last time he’s gone more than two games without tallying a point was mid-November. Since then, the California kid has tallied 20 goals and 11 assists.

Scoring has come and gone for the Wolves this season, but Wednesday games have favored them overall, seeing a 4-3-0-0 record while averaging 2.43 goals scored per game versus 2.29 goals against per game. 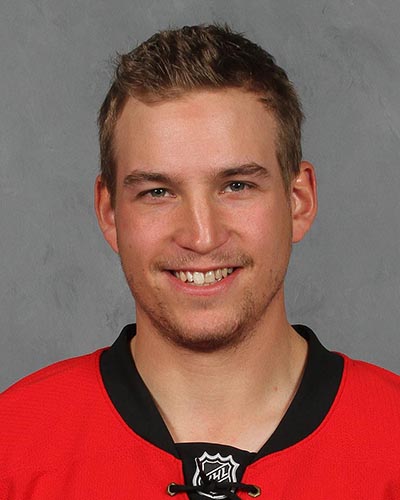 The 5-foot-11 left wing started his 2014-15 season in Adirondack where he tallied just three assists in the first 10 games before getting a call up to the NHL’s Calgary Flames.

In 15 NHL appearances, he recorded just four assists before being reassigned back to Adirondack. The Flames dealt Baertschi to Vancouver for a second-round pick on March 2 and he’s been on fire after being reassigned to Utica ever since. In his three appearances for the Comets, he’s netted one goal and assisted on another three. Counting his last two games with Adirondack, he’s riding a five-game point streak with one goal and six assists.

Baertschi obviously didn’t play in the Wolves and Comets first two match-ups, but in his appearance with Adirondack, the 22-year-old earned two assists in a 4-1 Flames’ victory.