The team looks to bring its winning ways home with it as a reversal of fortune after dropping its last three at Allstate Arena. Eight of Chicago’s final 12 games this season are in its own barn.

.650 – The Wolves’ points percentage (6-3-1-0) this season when playing three games in three days. This is Chicago’s fourth of six three-in-threes. The team has not played one since Dec. 20-22 but now play three in the final four weeks of the season, including this weekend (March 27-29, April 10-12, April 17-19). They play at least one game against Milwaukee in each of those.

12 – Goals for the Wolves in their last two games, only two fewer than they had tallied combined (14) in all eight previous games this month. 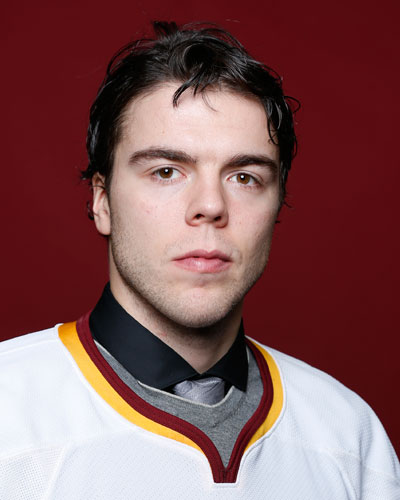 Paajarvi had a career night full of highlight reel goals and gleaming smiles from the bench.

After opening up the scoring for the Wolves on a beautiful tic-tac-toe feed from Pat Cannone — who just returned from injury — and Shane Harper, Paajarvi made one of the best goals scored all season. After a shot on net ricocheted off of Mazanec and fluttered straight out in the air, Paajarvi maintained vision of the puck just inside the left circle. He wound up and slapped the puck about six inches off the ice straight into the shortside corner past Mazanec for his second goal of the night. The play not only got him No. 2 on the Sportscenter’s Top 10 plays of the night, but also won him the Fox Sports One #TheOne, which is given to the best play of the night in sports.

Of course he didn’t stop there, as he would bury an empty netter just before the end of the game for his first professional hat trick. It was his first goal(s) since Feb. 13.

Freshly off his final collegiate season with Dartmouth University, Eric Robinson has jumped right into the midst of a playoff race with  Milwaukee.

He’s played in just four games with the Admirals, and tallied his first professional goal last night along with three shots on goal — his most in those four games. The rookie put himself in great position while sharing a line with veterans Mark Van Guilder and Richard Clune. Robinson is hard to miss on the ice for a forward, standing at 6-foot-2 and 200 pounds, and he hasn’t wasted any time in getting his name on the scoresheet.

With the loss of Brendan Leipsic to trade and Viktor Arviddson to a call up by Nashville, Robinson could fill a crucial role for the Admirals as they continue to make a playoff push.

Twitter
Can you guess where our heart leads? ❤️ Find out on TikTok ⬇️ https://t.co/iAU1DDlT4N
Retweet Reply
RT @Wolves1994: .@Chicago_Wolves Happy Thursday Wolves fans! Birthplaces is today's trivia topic. Which of the following cities was not th…
Retweet Reply
RT @RailersHC: ✍️ The #RailersHC have signed Jordan Smotherman (@jsmoothie10) to an ECHL contract for the 2020-21 season! 📝DETAILS: https…
Retweet Reply
This afternoon we made a special delivery to our @LittleDebbie Hockey Mom of the Year, Melisa Korzenski Miller! S… https://t.co/loExq1CYIy
Retweet Reply
We know what our dinner plans will be 🤤 One of our favorite restaurants is open and ready to serve ⬇️ https://t.co/G6i0HFI2Mo
Retweet Reply