The Wolves also can move up a notch in the Western Conference standings with a win tonight. Oklahoma City (84 points) holds a 1-point edge over the Wolves for sixth place, but the Wolves hold one game in hand on the Barons. .786– The Wolves’ points percentage in April over the last two regular seasons. The team went 6-1-0-2 last season in April as it rallied to win the Midwest Division. This year, the Wolves have gone 4-1-0-0 with five games remaining in April.

99 – According to the website Sports Club Stats, which calculates teams’ playoff chances in many professional leagues, the Wolves have a 99 percent chance to getting into the playoffs. The same site pegged the team’s chances as 26 percent prior to the 9-1 streak.

Shane Harper joined an exclusive club with the Chicago Wolves last night after tallying his league-leading 10th game-winning goal of the season. That total ties the franchise record with Chris Marinucci (1998-99), Brett Sterling (2007-08) and Mark Mancari (2011-12) for the most game-winners in a season.

His 32 goals also ties Simon Gamache, Ramzi Abid, Darren Haydar and Jason Krog as the only Wolves’ players to score 32+ since they joined the AHL prior to the 2001-02 season. If there was a breakout player of the season for the AHL, there would be a strong case for the California Kid, who has already scored 19 more goals than he has in any other AHL season and 10 more than his previous career high. 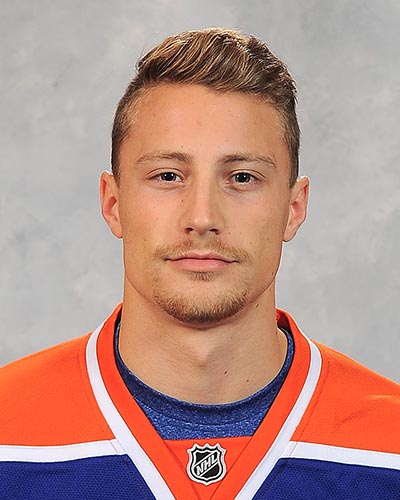 The Barons haven’t had the best of luck on the ice over the last month, seeing an unbelievable amount of injuries and resulting in more pressure place upon goaltender Laurent Brossoit.

Up until last night, Brossoit had started 25-consecutive games for the Barons, posting a 9-14-2 record while facing 30+ shots in 11 of those games. That stretch has included three match-ups with Chicago, and the Wolves barely squeaked out two of the three wins. Brossoit put up an impressive 33-save, one-goal against game on February 13, but Jordan Binnington raised him a shutout for the win. The second meeting took extra time to decide, where the Wolves won in 3-on-3 hockey.

Brossoit needs goal support, as the Barons have only scored two goals in the last three games and just as many in the three battles with the Wolves.