Tale of the Tape: Game 1 of Western Conference Quarterfinals

The Chicago Wolves completed their 21st regular season last week and turn their attention to the opening round of the 2015 Calder Cup Playoffs and their opponent, the top-ranked Utica Comets.

10-3– The Wolves’ all-time series record in conference quarterfinal and division semifinal matchups, with the three losses coming in 1995, 1997, and 2012. They are 8-1 since joining the AHL and 7-0 under head coach JOHN ANDERSON.

21 – Series, of 22 all-time, that the Wolves have won when posting a victory in the first game.

Of the 22 playoff series’ that the Wolves have won the first game in, they have gone on to win 21 of them. Goaltender Jordan Binnington will try to get that daunting first game out of the way as he gets the nod in the crease in Game 1 tonight.

The 21-year-old has posted a 25-15-4 record with a 2.35 goals-against average and .916 save percentage in 45 games this season, his second as a pro and first full-time in the AHL. One of his three shutouts came in his only appearance against the Comets this season, a 3-0 whitewashing in Utica on Nov. 12. He has been even more impressive over his last seven appearances, posting a 4-2-0 record, 1.81 goals-against average, .936 save percentage, and one shutout in April. Binnington was only in net for one of the four games against Utica this season, and he posted a 30-save shutout.

Players stated while starting the series at home didn’t necessarily give them home-ice advantage, it was comforting to know they weren’t traveling so soon after the last game of the season on Sunday. We’ll see if that comfortability pays off tonight. 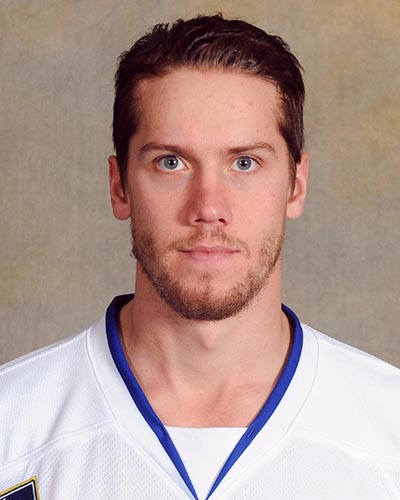 Of the four matchups between Utica and the Wolves this season, Comets’ star netminder Jacob Markstrom has only sat between the pipes for two of them, winning both with a .949 save percentage, a 1.50 goals-against average and one shutout.

The Western Conference All-Star finished the regular season 22-7-2 with a 1.88 goals-against average, .934 save percentage and five shutouts — all AHL-career bests while his goals-against average and save percentage sit second in the league this season. Vancouver (NHL) recalled him this season where he had three appearances, posting a 1-1-0 record and giving up four goals in 78 minutes of action.

It’s no secret Markstrom has been a key factor in the Comets’ run this season, and leading them into the No. 1 seed in the West. The 25-year-old hasn’t lost a game in the AHL since Feb. 21 and has only lost two since Jan. 30. He’s also only allowed more than two goals once since Jan. 30, and he still earned the win.