Tale of the Tape: Game 4 of Western Conference Quarterfinals

UPDATE: At the end of 2nd period, the Chicago Wolves take a 3-2 lead thanks to goals by Mathieu Brodeur and Benn Ferriero in the frame.

7-4– The Wolves’ all-time record in Game 4 of conference quarterfinals/division semifinals series. This includes a 3-3 mark at home and 4-1 on the road. Chicago’s record is 2-1 in Game 4 when losing Game 3 of a CQF/DSF, including 2-0 on the road.

19-12 – The Wolves’ all-time record in postseason elimination games, breaking down to 12-7 at home and 7-5 on the road. They are 15-7 both under JOHN ANDERSON and during their AHL tenure and 11-5 under ANDERSON while in the AHL.

’08 – The last postseason in which the Wolves trailed in a series and rallied to win it: the West Division final versus Rockford. They won in seven games after going down 3-2.

Tonight’s game begins at 6 p.m. and can be heard for free or watched for a small fee on www.ahllive.com.

Those away from a computer can check back here for intermission updates or follow @Chicago_Wolves or @ChiWolvesLive on Twitter for live in-game play-by-play. Through three postseason games, Petteri Lindbohm leads all Wolves’ players in shots on goal with 12. However, he still has yet to put one in the back of the net.

In his first professional playoff game last Wednesday, Lindbohm fired off eight shots and showed no signs of nerves in his first appearance. The 21-year-old continues to fire off blasts from the top of the zone but can’t seem to find a seam in Comets’ goaltender Jacob Markstrom. Persistence is key and it’s no doubt he’ll continue to let them rip, but the defensive side of the puck needs to be a focus for Lindbohm and the rest of the Wolves.

Through three games, his netminder Jordan Binnington has seen 126 shots on goal — the second-most in the playoffs so far and that’s with one-less game played than the leader who has 135. Focusing on allowing less shots on Binnington while flipping the table with more shots on Markstrom will be a stepping stone to a Game 4 victory. 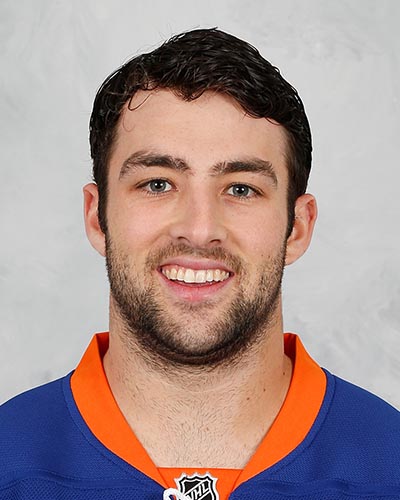 Utica forward Cory Conacher will not be found on any of the scoresheets through through the first three games of the series with Chicago.

However, that doesn’t mean he hasn’t had countless chances and could arguably be the most upset with Jordan Binnington of all the Comets. He’s taken the ice with Utica against the Wolves in only two games this season due to being traded from Bridgeport in early March. In those two meetings, the 25-year-old tallied two assists — both on March 14 in a 4-0 shutout of Chicago. Conacher finished the 2014-15 regular season with 12 goals and 39 assists in 48 games.

In the three Western Conference Quarterfinal games, he has 11 shots on goal, and like Lindbohm, is hungry to finally put one past the opposing goaltender.