“It was a lot like our game Saturday night,” said Wolves head coach Craig Berube. “For the most part we played a pretty good game. We’re just not scoring enough goals. We just need to execute a little bit better.”

The Wolves opened the scoring 14:12 into the game on Agostino’s first goal with the team. Chicago controlled the puck on the power play and worked it around until Agostino unleashed a blast from the right circle that deflected off a Milwaukee stick and past goaltender Juuse Saros.

The Admirals scored the goal that wound up as the game-winner at 8:36 of the second period when Austin Watson rifled home a shot from the right circle with one second left on the power play.

The Wolves pulled Copley with 1:23 to play in search of the equalizer. With the Wolves employing an extra skater, center Alex Friesen worked his way toward the crease and had a hard shot smothered by Saros. Chicago put two more shots toward the net but could not convert.

The Wolves travel to San Antonio for a pair of weekend contests that begins with a 7 p.m. game Saturday broadcast by CW50. Chicago returns to Allstate Arena on Saturday, Oct. 29, to face the Rockford IceHogs in Illinois Lottery Cup action. The Breast Cancer Awareness Night game starts at 7 p.m. For information about season-ticket packages or group outings, visit ChicagoWolves.com or call 1-800-THE-WOLVES. 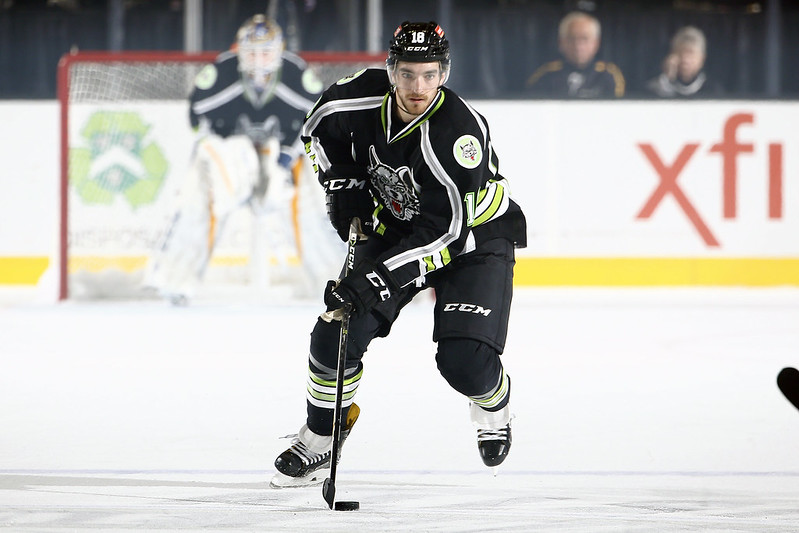