Support this great cause!

Chicago Wolves players aren’t the only ones who give their best for the organization during February. Their wives and girlfriends devote their time and energy to help Chicago Wolves Charities.

At every home game during the month of February, the Wolves’ wives and girlfriends will sell autographed commemorative Valentine’s Day themed pucks to raise money for Chicago Wolves Charities. These pucks will be autographed by Chicago Wolves players and are available for only a $10 donation. If you are one of the lucky people whose puck is signed in gold, you’ll get to meet that player after the game!

Who signed my puck? 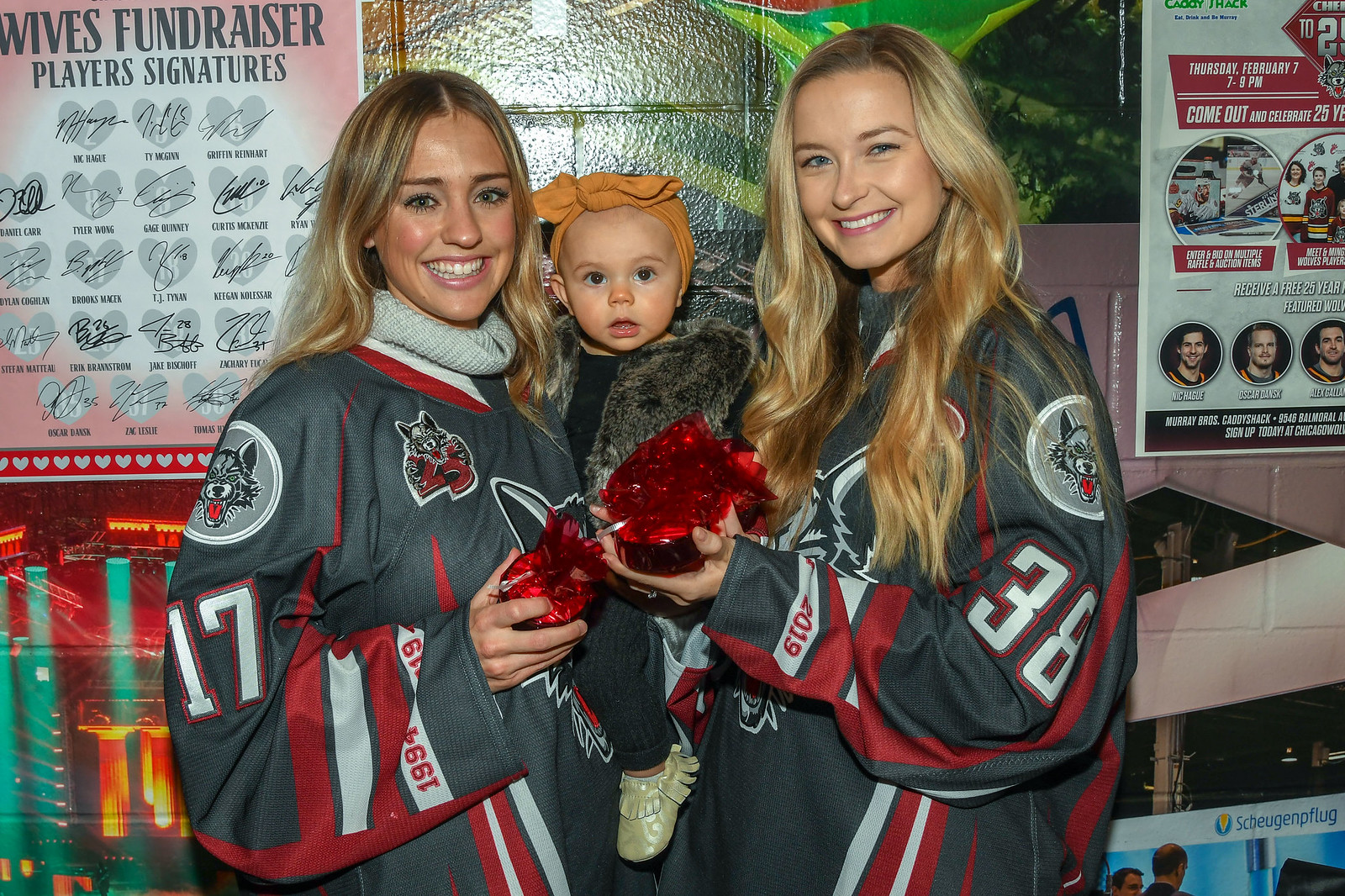