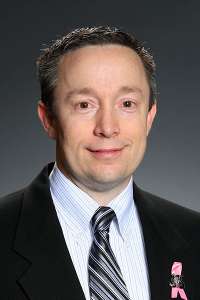 Bill Bentley has served as the Chicago Wolves assistant general manager for the last 10 seasons and stands as one of a handful of people who has been with the organization since the team’s inception in 1994.

Bentley has been instrumental in the hockey operations department for more than 15 years, which includes all four seasons that ended with a championship.

The Chicago native joined the organization as a statistician in 1994 and was promoted to team services manager a year later. The 49-year-old spent 12 seasons as the director of hockey administration — handling team travel, immigration, and accounting for the hockey operations department — before assuming the assistant general manager role in August 2009.

A graduate of Quincy College, Bentley served as the Director of Media Relations for the Chicago Cheetahs of the now-defunct Roller Hockey International during the 1993-94 season.

Bentley and his wife, Jennifer, live in Chicago.