HELP EASTERSEALS WITH THESE COMMEMORATIVE JERSEYS! Unfortunately, the Chicago Wolves didn’t get to wear their commemorative St. Patrick’s Day jerseys on March 14-15 as the 2019-20 season has been cancelled. However, Jewel-Osco — the long-time sponsor and supporter of this jersey initiative — still made the maximum possible impact on Easterseals Metropolitan Chicago and Chicago Wolves Charities.

We’re proud to announce that ALL of the team’s exclusive St. Patrick’s Day jerseys were won via blind auction. The auction was extended until 4 p.m. on Wednesday, March 18, to ensure everyone had enough time to make their bids. Forwards Brandon Pirri and Nicolas Roy, defenseman Zach Whitecloud, goalie Oscar Dansk and mascot Skates had an additional jersey available. There also was a blank Size 56 jersey available that the winner got to personalize with their choice of name and number!

The highest bid submitted for each jersey by 4 p.m. on Wednesday, March 18 was the winner! For the auctions involving Pirri, Roy, Whitecloud, Dansk and Skates, the top two bids won the jerseys.

One of Wolves forward Curtis McKenzie’s jerseys was the grand prize for the Golden Ticket raffle. There were 50 tickets available for $50 per ticket. This gave each raffle ticket a 1 in 50 chance of being picked. The Golden Ticket Raffle ticket sales began on Monday, March 2.

The raffle tickets were sold on a first-come, first-served basis. The raffle concluded on Monday, March 16. 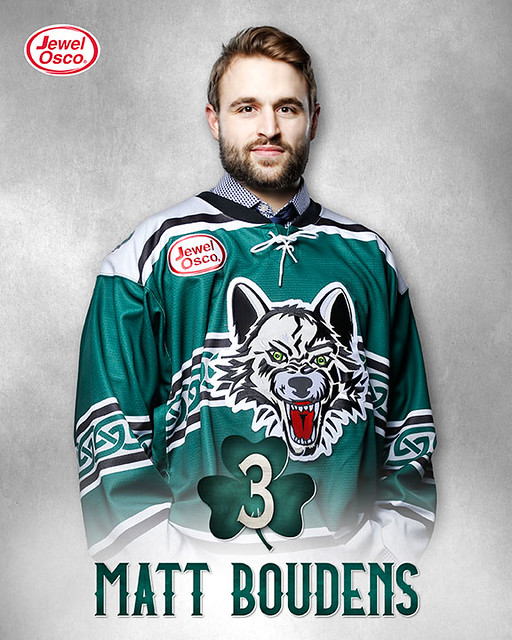 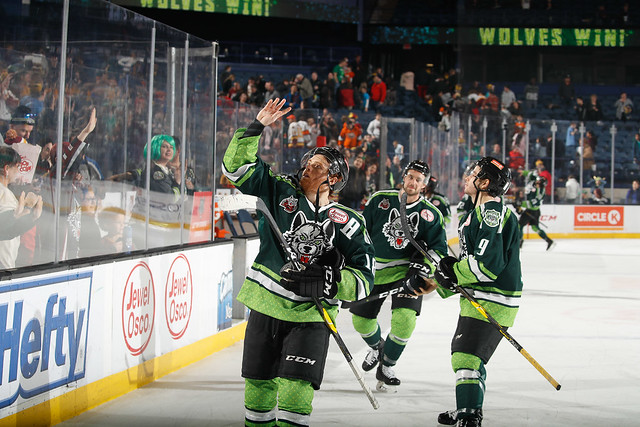